When this major redevelopment opens, it will form a vital part of the massive Crossrail project, linking stations from Reading to the west to three of London’s five airports (Heathrow, Gatwick and Luton), the home counties, and the financial districts of the City of London and Canary Wharf.

BAM Nuttall was awarded the £200 million contract for the redevelopment of the station and has formed a joint venture company with Ferrovial and Kier Partnership Homes to complete the ambitious project.  Much of the new station will be thirty metres below ground; the platform length will be 244 metres, 82,000 passengers per day are predicted for the Elizabeth line alone, and there will be twenty-four trains per hour during peak times.

The architecture and the design are ambitious and innovative; lifts, for example, that follow a slope rather than a vertical line, a pedestrian priority plaza with trees at the western end of Cowcross Street, and step-free access from the street to the train.

As with much of the Crossrail redevelopment, the design of the new Farringdon Station takes account of the history of the area and echoes it in the finishes.  The ceiling beams and panels at the Hatton Garden end of the station, the entrance to Cowcross Street and Farringdon Road itself, are diamond-shaped, as is appropriate.  These pre-cast concrete segments were manufactured by Evans Precast Concrete, part of the Shay Murtagh Group, and the twenty-five-metre wide ceiling in the western ticket hall is made up of 360 tonnes of nodes,  beams and panels suspended from a steel frame.  This is difficult and skilled work, and in turning to Evans the contractors chose a company with the experience and the capability to deliver what was needed, on time and ready for installation.

The result is a ticket hall that has been described as cathedral-like, and that will stand as a superb example of twenty first century design and engineering that still pays homage to the history of this part of the capital city of London. 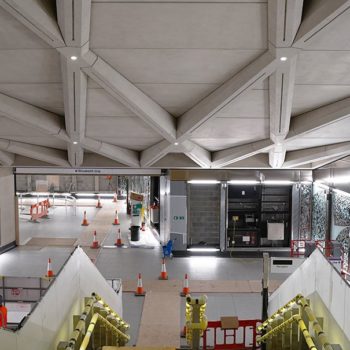 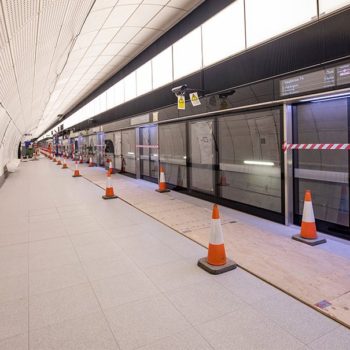 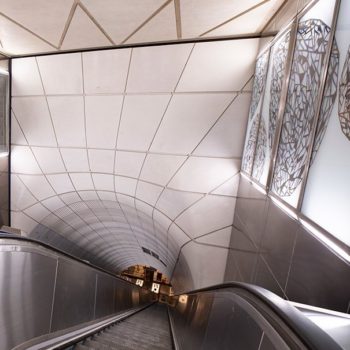 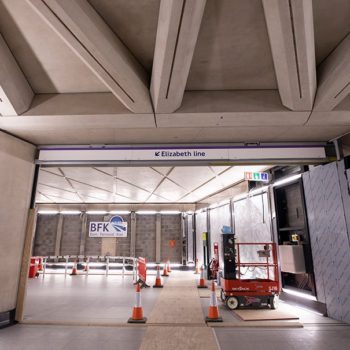