Evans Concrete is proud to have part of an award-winning project to build a ground-breaking café in a historic London square.  Designed by Nex for Cadogan Estates, the new café, located in Duke of York Square, Chelsea, won the Hotels & Hospitality category at the New London Architecture Awards; this prestigious award celebrates the best new and proposed projects intended to enhance London’s leisure facilities.

The café was designed with a circular form to echo the curving brick wall nearby, which was part of the Grade II listed Duke of York headquarters, originally built in 1801 as an asylum for military orphans.

The spiral structure was achieved using exposed concrete panels, cast by Evans using dolomite marble and quartz aggregate to create a striking minimalist effect.  The concrete walls are weight-bearing even though they are only 15 cm wide; this example of advanced structural engineering is the work of the contractors, AKT II (previously named Adams Kara Taylor), operating in close partnership with Evans.  Parametric studies were undertaken in order to standardise the curved panels as far as possible, so as to reduce the number of moulds required.

The curved concrete walls are set with a series of curved glass windows which can descend into the basement below, opening up the ground floor to the surrounding square.  It is believed that this use of retractable curved glass, the product of around 2,500 hours of research and development, is a first; and its successful outcome is testament to the accuracy of the casting of the thirty concrete wall panels.  To ensure this precision, 2,369 setting-out points were used.

The café was designed with environmental considerations to the forefront, and it is one of the ‘greenest’ restaurants in London, achieving BREEAM Excellent standard.  It has a roof garden, and this and the precast concrete structure ensure a high thermal mass.  The glazing system has a bespoke sealing system and enables natural ventilation.  The green theme is carried through by the roof garden, which is planted with herbs.

Although the residents of Chelsea - one of London’s most exclusive areas - are known to be resistant to change, the café has been well received and is becoming a popular feature.  The Square is notable in other ways; the avant-garde Saatchi Gallery is a neighbour, as is the running track where Sir Roger Bannister practised for his record-breaking four-minute mile.  Evans Concrete’s precast panels are a worthy addition to the history of this site. 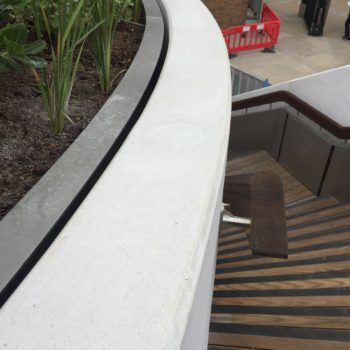 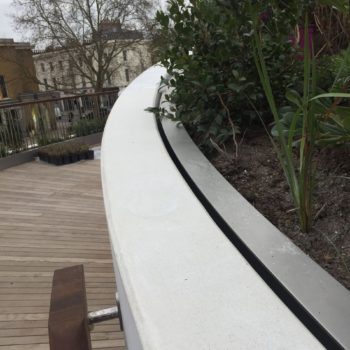 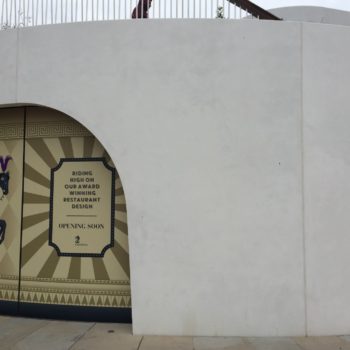 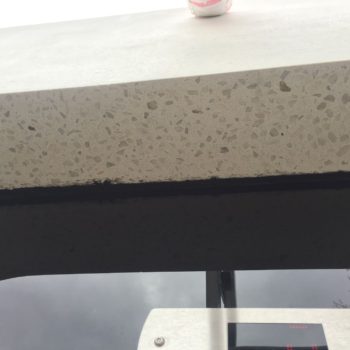 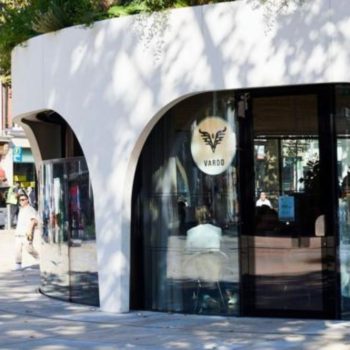 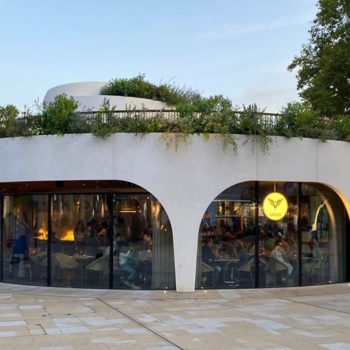 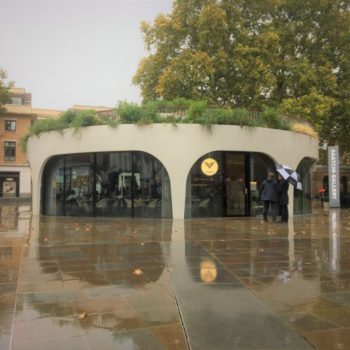 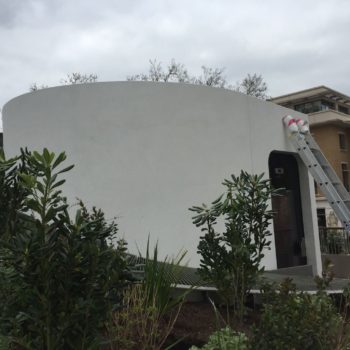 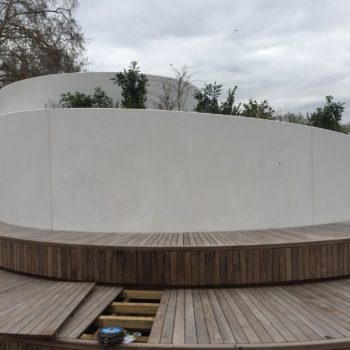 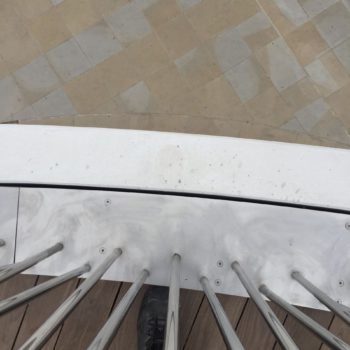 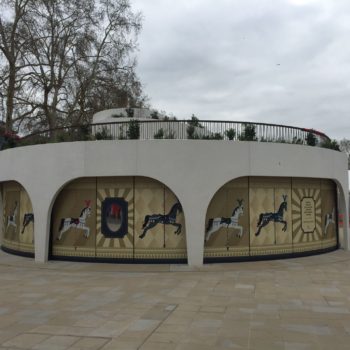