Not every company would see the loss of its well-established headquarters in a major city to make way for a new railway as an opportunity, but IM gave itself two years and thirty million pounds to design and build a state of the art replacement and succeeded.

The architects Webb Gray & Partners were told to plan a building that focussed upon well-being.  The new construction was to be not only efficient as a working office environment but was also to combine a low carbon footprint with facilities to support the physical and mental health of those who worked in it.  A three-hole putting green, a gym and outdoor seating areas, quiet booths, terraces and games areas were included in the plans, but the appearance of the building was also important, and needed to mirror the well-being ethos of the design.

BAM Construct UK, the contractors for the project, commissioned Evans Concrete, part of the Shay Murtagh group, to manufacture the architectural precast finish for the new building.  The façade was to be modern, in keeping with the leading-edge design of the architects, but it could not be stark; it was to be elegant and relaxed in tone, to give a pleasant and welcoming first impression.

BAM has worked with Shay Murtagh and Evans on other projects, and knew that they were the only choice for a challenging design and manufacturing task.  Evans Concrete has cast, coloured the architectural precast concrete in forms that would have been regarded as unachievable only a few years ago, and has done so to the entire satisfaction of designers, architects and constructors alike.

The Gate, at Fore Business Park in Solihull, will house not only IM Properties and International Motors, but also stands alongside the new headquarters for the charity Christian Vision, which was founded by the group’s owner, Lord Edmiston.

The Gate is one of the landmarks of the Business Park in Solihull, itself a rapidly growing centre for commerce in the English Midlands, and one of which all concerned in its creation may be justifiably proud; Webb Grey & Partners, BAM Construct UK, and Evans Concrete. 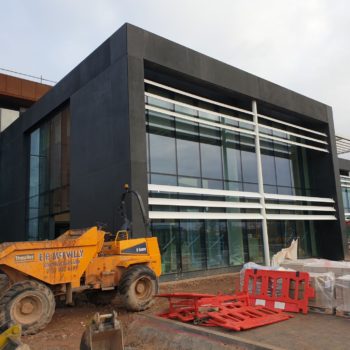 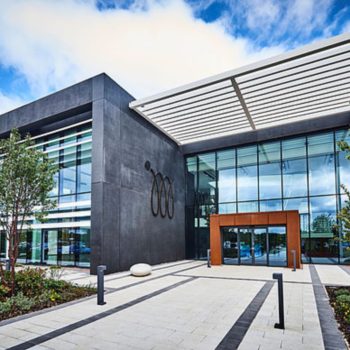 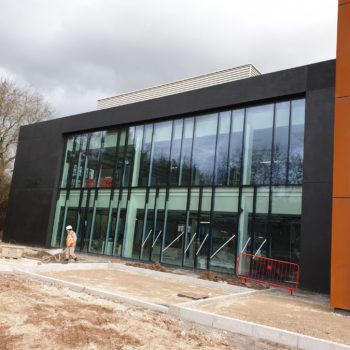 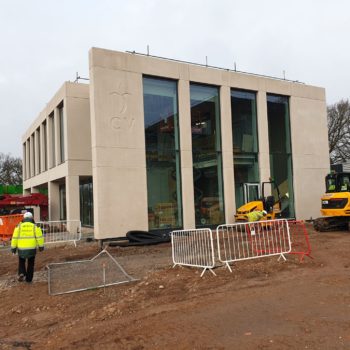