The use of concrete as a medium for sculpture has a long history. The artist Henry Moore, for example, made a total of 21 sculptures in concrete in the 1920s and 1930s. He commented that he was attracted to the material because it was cheap, but also because it was becoming increasingly important as a building material and he felt that there was a great future in concrete public art.

At the Festival of Britain in 1951, the theme of technological progress was well represented by Barbara Hepworth‘s statue, called ’Turning Forms’, which comprised twisting loops of white concrete supported by a metal frame. The plinth was motorised, and the sculpture rotated every two minutes; this unusual use of concrete in a kinetic structure has perhaps not been repeated since then.

More recently, the ‘Dream’ sculpture in Saint Helens, Lancashire makes good use of concrete to portray a young woman’s head, in an elongated form with a brilliant white reflective finish. This much-admired and award-winning artwork, created by Evans Concrete to a design by sculptor Jaume Plensa, was constructed from 94 panels of precast concrete and is 22 m high. Each concrete element is unique and weighs in the region of 9 tonnes. The exterior includes Dolomite, which gives the head its iridescent finish; the addition of titanium dioxide ensures that the surface is self-cleaning – a far cry from the 1960s image of concrete as dull-looking and water-stained.[/vc_column_text]

A House of Controversy

One of the most notorious pieces of public art in recent years with made of concrete; Rachel Whiteread’s large sculpture ‘House’, which was the concrete cast of the inside of a terraced house, one of a demolished row in London’s East End. Much criticised when it was first exhibited, there was nevertheless an outcry when the local council removed it to make way for redevelopment of the site. Whilst dividing public opinion, ‘House’ was seen and discussed by many members of the public and clearly demonstrated the versatility of concrete as an artistic medium.

Form and Function at the Olympic Park

Concrete’s versatility lends itself well to hard landscaping elements in the structural form, and many public projects in recent years have blurred the distinction between function and art. An example is the signage made by Evans Concrete for the Queen Elizabeth Olympic Park in London; whilst performing the necessary function of guiding visitors around the park, the signs also demonstrate a wide range of finishes and effects, adding greatly to the visual amenity of the park. 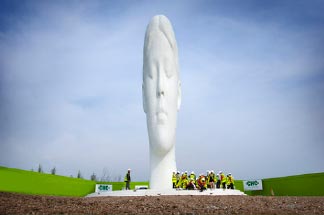 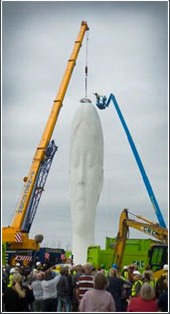 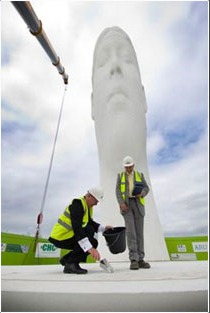 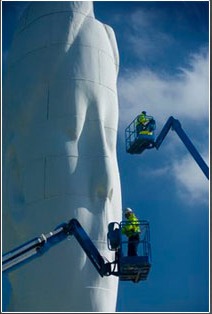 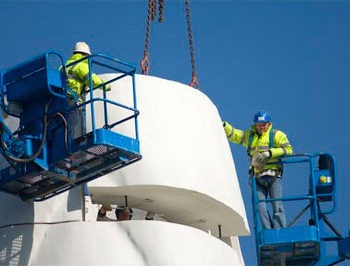 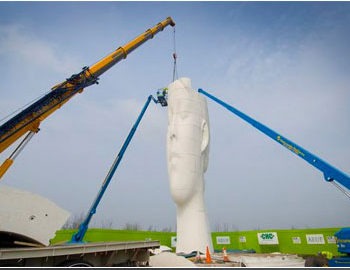