By the end of the sixties, ‘concrete’ was almost a dirty word, calling to mind vistas of cheap, grey mass-produced buildings, featureless and drab.

Now, in the hands of experts, it is an artist’s material.

Public spaces throughout the country have been lifted and enlivened by the imaginative use of pre-cast concrete, so have private gardens, art galleries, sports stadiums and housing estates.  Concrete is no longer ‘concrete blocks’; concrete can be shaped and polished and designed to fit into every type of landscape.

Hard landscaping in difficult areas such as windy shorelines is often the only answer, as plantings are vulnerable to salt winds, and can take too long to become established.  The Littlehaven Sea Wall, which Evans Concrete produced, is an excellent example.  It was constructed by Galliford Try Ltd, and both companies have good reason to be proud of their work.  The great concrete eye, the sail feature, and the bowed wall have become landmarks, and the completed public space is fulfilling the demands that were placed upon it; durability, beauty, originality, and intelligent design. 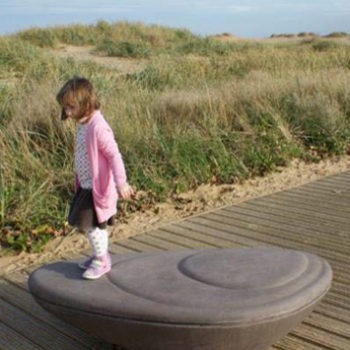 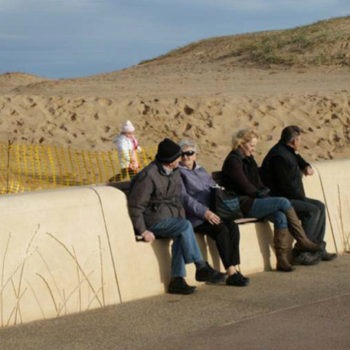 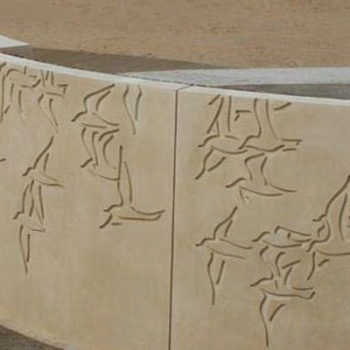 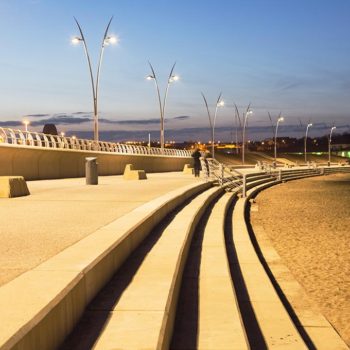 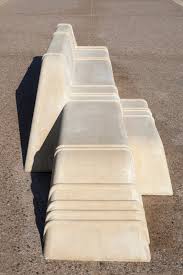 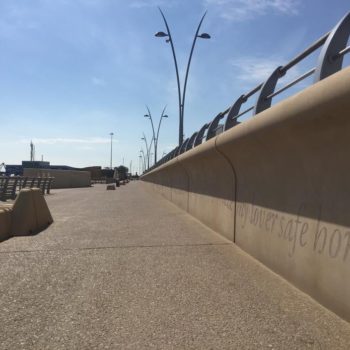 The famous Drift Park at Rhyl designed by the architects BCA Landscapes and constructed by BAM Nuttall is another example of the new flexibility of concrete.  The elements of this seascape were manufactured by Evans Concrete, chosen for the exacting work because of their expertise in bespoke manufacturing in this material, and they were tasked with producing a wide range of hard landscape pieces, from the comparatively simple park benches through water features, both for a play area and for decorative fountains and water jets, up to the huge dividing walls for the new theatre area, the largest units of which weighed nearly twelve tonnes.  The artworks embossed onto some of the panels are a clever reflection of the polished stones found in seashore shingle, and graphics and text were also incorporated into these pieces. 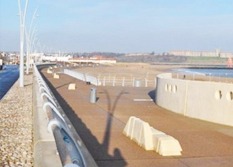 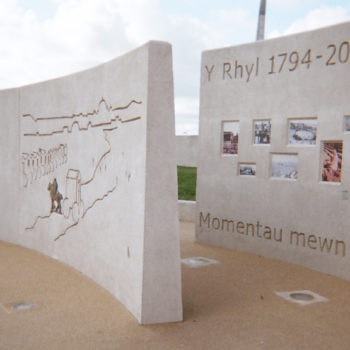 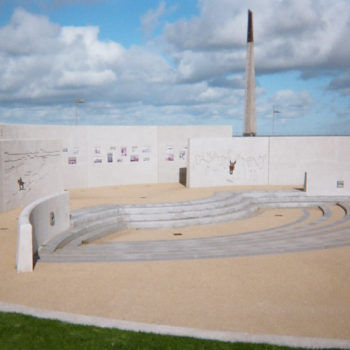 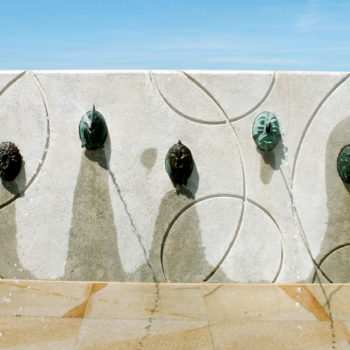 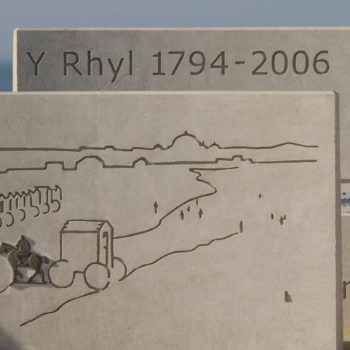 Coastal areas are dynamic natural landscapes, constantly changing, and requiring, where intervention is necessary, a sympathetic and imaginative approach to preservation and protection.  Concrete, once used for sea wall defences simply as blocks to hold the waves at bay, is now so flexible a medium that designers and architects can give free rein to their plans and ideas, and this once dreary material can be coloured, polished, etched and engraved, moulded and shaped to produce virtually anything, from naturalistic shaping that blends almost imperceptibly into the forms of the sea line to strikingly original works of art that will attract visitors to the area, not simply for a seaside holiday, but because they wish to see for themselves modern sculpture in an astonishingly widely developed medium.

Coastal erosion is a serious problem for many communities, and, where natural change is sometimes inevitable and occasionally desirable, there are situations that demand defence and protection.  Budgetary considerations always play a part, but aesthetics is also important, particularly where the sea defences are to be placed in public spaces that attract visitors from outside the area, and from overseas.  Tourism is a major foreign income earner in the United Kingdom, and local authority schemes for restoration and regeneration of derelict or damaged spaces often do, and certainly should take that into consideration when appointing architects and constructors.  Advertising brochures are unlikely to display pictures of slabs piled one upon the other; but a curving sea wall, reflecting the curving waves, crested with eye-catching designs, as can be seen at Littlehaven, will find their way onto the front pages, not only of local newspapers, but also of publications specialising in public art and tourism.