On Friday 9th March 2018, Liverpool lime street Station unveiled a rejuvenated gift to the public. This was the recreation of what has become known as “The Bullring” Mural with new concrete panels by Evans Precast Concrete.

Originally designed by Stephen Broadbent in 1999, this structure marked the rehousing of families from St Andrews Garden tenements to new homes. The structure was engraved with Broadbent’s depiction of local life and was created using silhouettes of people in the area. The rehousing development was significantly recognised and such a milestone for the community that it was commemorated by a visit from the Queen.

In recent years the mural had fallen into disrepair and as part of network rails upgrade plan, the mural had to be removed to install a new power supply.

The decision was made to reinstate the mural as part of the Network Rails Lime Street Station with an improved design which gave Broadbent the opportunity to complete his vision as originally intended.

Evans by Shay Murtagh were contracted by Buckingham Group to create ten 10, three-metre-high and 30 metre long curved concrete panels and along with Broadbent, re-designed the artwork to fit with the concrete structure.

“The great thing is that it has been made better than it was, it’s now a beautifully engineered structure that will stand testament to the resilience of a great Liverpool housing community for many decades to come.”

Shay Murtagh Precast would like to congratulate everyone who contributed to this wonderful project. 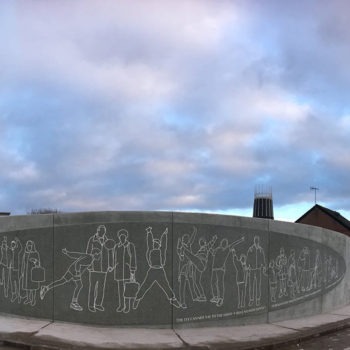 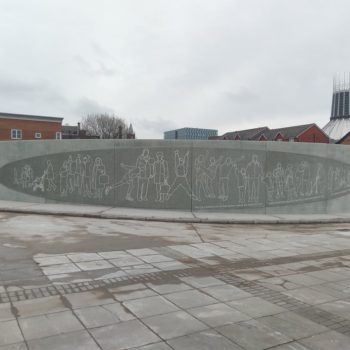 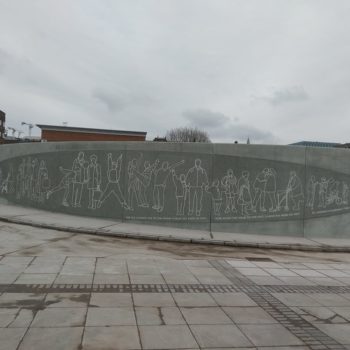